TRAVEL NEWS — Combating the escalating issue of overtourism, Intrepid Travel, the world’s largest adventure travel company, is releasing its annual ‘Not Hot List,’ which highlights a selection of lesser-discovered destinations that deserve the spotlight — from Canada’s Haida Gwaii Islands, the ‘Galapagos of the North,’ to Indonesia’s Tana Toraja Trek for going beyond Bali’s beaches.

The world’s largest B Corp certified travel company ensures all of its tours are led by local leaders who can guide travellers away from crowds. On a larger scale, Intrepid Travel also regularly makes changes to its itineraries and launches new products to introduce travellers to new communities in a sustainable way, aiming to alleviate the negative impacts of tourism while still spreading its economic benefit. There’s no reason travel can’t enrich local communities, instead of overwhelming them.

Dakhla, Morocco
Largely inaccessible until a couple of years ago, Dakhla’s white sand dunes, countryside and crystal clear beaches on the edge of the Sahara and off mainland Morocco are seriously off tourists’ radar. On the brand new Marrakech & Dakhla Adventure, spend the night at a traditional Bedouin camp and enjoy epic scenery, far from the busy streets of Marrakech. Enjoy renowned seafood straight from the catch and marvel at the beautiful Bahia de Dakhla lagoon.

Tajikistan
Uzbekistan experienced +257% year-over-year growth making it the number one fastest-growing destination for Intrepid Travel. With the ‘Stans going strong, Intrepid Travel predicts that Tajikistan could be the next destination in this region to surge. The allure lies in the heritage of the Silk Road and cities featuring crumbling reminders of Soviet influence. While political and military forces have battled over these regions, life in these isolated areas has changed little in the past centuries. On the new Tajikistan Discovery trip, travellers will spend five nights across Tajikistan’s homestay network, where they’ll immerse themselves in the local traditions.

Greenland
As the number of operators going to Spitsbergen is on the rise, Greenland is a great alternative to experience the beauty of the Arctic Circle. The world’s largest non-continental island, where fewer than 60,000 people live, is a literal breath of fresh air. One of the few places left on Earth that can be described as truly wild, icebergs tower instead of skyscrapers, and tiny settlements on the coast still rely on subsistence fishing to survive. Intrepid Travel just launched their Greenland Expedition, its first dedicated land-based tour of the country.

The Haida Gwaii Islands
Known as the ‘Galapagos of the North’ for its complex ecosystem and diverse wildlife, Canada’s most remote region – the Haida Gwaii – feels like the edge of the world. It’s also the ancestral home of Canada’s Haida First Nations people, who remain critical to sustaining the country’s north. Intrepid Travel has launched its Haida Gwaii Islands Expedition, where travellers can visit local villages that live in harmony with the pristine wilderness of Naikoon Provincial Park and can hear the First Peoples’ stories of challenge and triumph during Canada’s National Indigenous Peoples Month.

Moldova
This tiny country, sandwiched between Romania and Ukraine, only welcomes 160,000 overnight visitors a year (according to the UNWTO), nearly the amount of visitors Croatia sees daily. On Moldova, Ukraine & Romania Explorer, try out Moldova’s famous wine on a tour of Milestii Mici winery, home to the biggest wine cellar in the world with more than 120 miles of underground passages lined with around 2 million bottles. Access the breakaway republic of Transnistria, a ghost of the Soviet past, and marvel at Orheiul Vechi, a 14th-century cave monastery and UNESCO site built inside a cliff.

Nicaragua
After a period of political unrest, Nicaragua has seen a resurgence in tourism, enabling the return to the land of lakes and volcanoes, where nature is uninterrupted, the food is delicious and volcano boarding is a real slightly-scary-but-thrilling sport. On the new Best of Nicaragua itinerary, spend time at a local indigenous community on Ometepe Island, a lush, rainforest-filled island formed by two volcanos that rose from Lake Nicaragua. Learn about Nicaragua’s revolutionary past in bohemian Leon, stroll the colourful colonial streets of Granada, then head to Nicaragua’s Pacific coast for the sun, surf and laid-back vibes of San Juan del Sur.

Sudan
Few people know that among vast stretches of sand dunes, Sudan holds some of the world’s most incredible archaeological sites, ancient ruins and resilient cultures.  Following the previous Middle East travel bans, Intrepid Travel saw growth in the region, with travellers wanting to learn about the countries they continually hear about in the news and make their own decisions about them. On the new Northern Sudan Expedition, discover the remnants of great empires, explore ancient cities and necropolises, and encounter modern Sudan in souks, chai houses and nomadic settlements along the way.

Northeast Cambodia
As of this year, Intrepid Travel removed Sihanoukville – what used to be a sleepy beach town and is now nearly unrecognizable due to overtourism – from all itineraries, instead choosing to visit lesser-known destinations within Cambodia. An untouched corner of the country, the Northeast region is home to lush forests, remote lakes and waterfalls and temples lesser-known than Angkor Wat, but no less fascinating. On the new Cambodia Expedition: Elephants & Jungles, spend time observing elephants in their natural habitat with an active hike at the Elephant Valley Project, an initiative that puts elephants’ welfare and treatment first, rather than the tourist dollar.

Sulawesi, Indonesia
Iconic treks like Everest Base Camp have long represented some of Intrepid Travel’s most popular itineraries, but those wanting to discover new places one step at a time can opt for quieter paths, like the Tana Toraja trek in Sulawesi. After all, there’s more to Indonesia’s archipelago of 17,000 islands than Bali’s beaches. On the new Sulawesi Expedition: Tana Toraja Trek, traverse dense bamboo forests and deep fertile valleys, stay in traditional villages, and boat past acres of emerald green rice paddies. Experience a day in the life of fishermen operating a community project in the village of Puntondo, learn about the importance of the marine ecosystem, and how this project is helping to save the coastline. Travellers will even learn about the infamous Ma’nene death ritual or the ‘ceremony of cleaning corpses’ – a 900-year- old tradition where the Torajan people dig up and spend time with the dead.

Sudan
Few people know that among vast stretches of sand dunes, Sudan holds some of the world’s most incredible archaeological sites, ancient ruins and resilient cultures.  Following the previous Middle East travel bans, Intrepid Travel saw growth in the region, with travellers wanting to learn about the countries they continually hear about in the news and make their own decisions about them. On the new Northern Sudan Expedition, discover the remnants of great empires, explore ancient cities and necropolises, and encounter modern Sudan in souks, chai houses and nomadic settlements along the way. 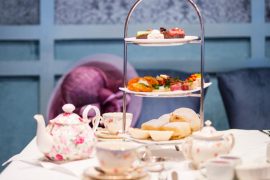 Celebrate Mother’s Day at Home for a Good Cause