Last week I told you all about my adventures beautiful Bondi Beach. But, when you go to Sydney, be sure to check out the main city as well. This capital city on the eastern coast of Australia has a population of over 4 million people, making it the largest city in the country. Rich with culture and the stunning landscape of the ocean to the east and the Blue Mountains to the west, Sydney has become a lively cosmopolitan city that should not be missed. The best way to get around this vibrant city is to understand all of the different districts that have their own unique characteristics and community. When you visit central Sydney, be sure not to miss these areas!

The Rocks
Located just west of the Circular Quay, The Rocks is the historic colonial village by the water. This cozy little community is also home to the iconic Sydney Harbour Bridge that has now become one of the largest tourists attractions in the city. Feeling adventurous? Hike your way over this magnificent bridge over 140m in the air with the Bridge Climb. Gaze across the harbor to see a magnificent view of the Sydney Opera House designed by Jørn Utzon in 1973. 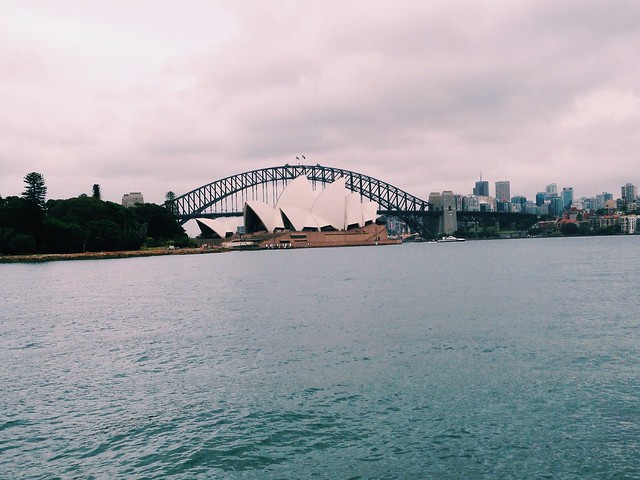 City Centre
The City Centre is the hub of Australian government, finance and business. Explore the busy streets and bustling shopping districts housing some of the finest Australian and international designers. Travel to the top of the tallest structure in Sydney, the Sydney Tower (also known as the Centrepoint Tower or AMP Tower), to see an incredible aerial view of the city. Wander through the Royal Botanic Gardens to see over 30 hectares along Sydney’s harbor of impeccably maintained greenery. 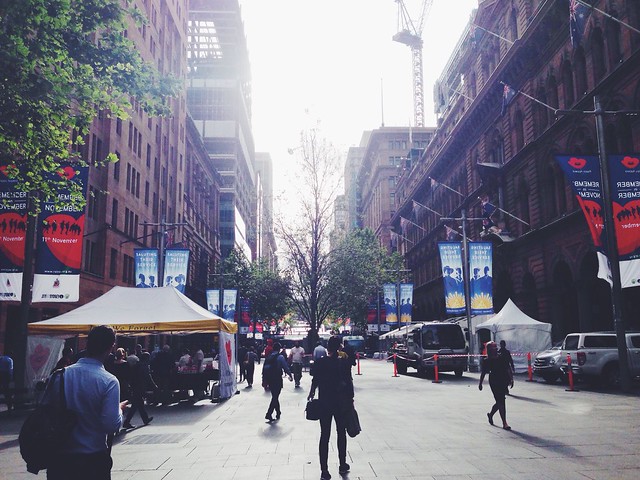 Darling Harbour
Just west of the central area, Darling Harbour is a lively boardwalk area filled with plenty to do, see and enjoy. Stop by Paddy’s Markets to find a wide (and extremely affordable!) selection of souvenirs, trinkets and local goods. If you’re looking for a break from the warm Australian sun, visit the Sydney Aquarium to see some of the best local and exotic sea life. Or, learn more about Australians long indigenous history with a visit to the Aboriginal Centre. 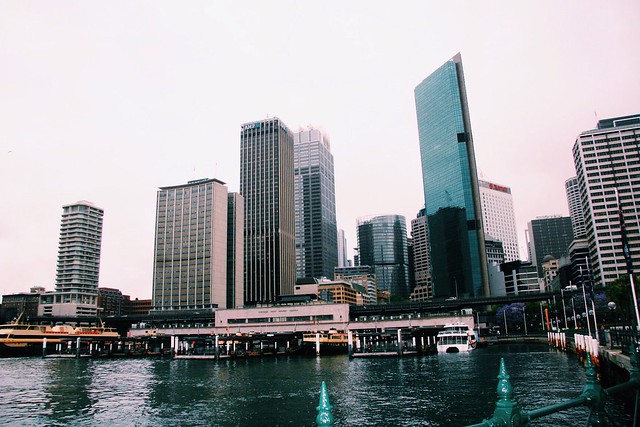 Where to Stay
With plenty of budget accommodations to choose from, Sydney is extremely backpacker friendly. The two times I stayed in the city I choose a room at the YHA Australia. With eight different properties in Sydney, there is a spot ideal for every travelling. The first time I was in Sydney I stayed at the Sydney Harbour – The Rocks, which offered a breathtaking view of the main harbor from their rooftop patio (where the photo of me at the top was taken!). When I returned, I spend a few nights at the laid back and central Sydney Railway Square where I even got to stay in a refurbished railway cart! 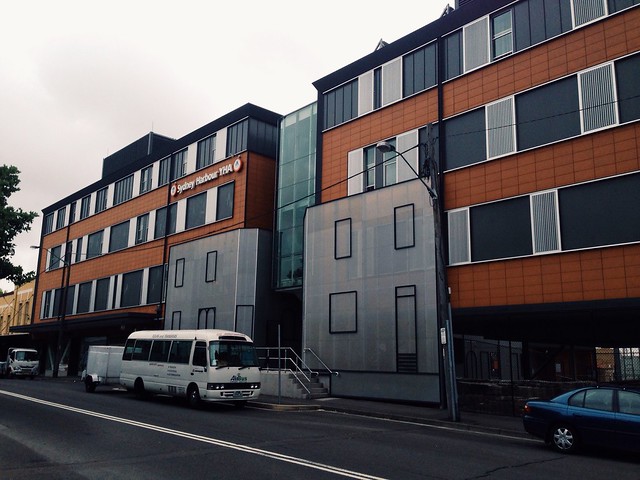 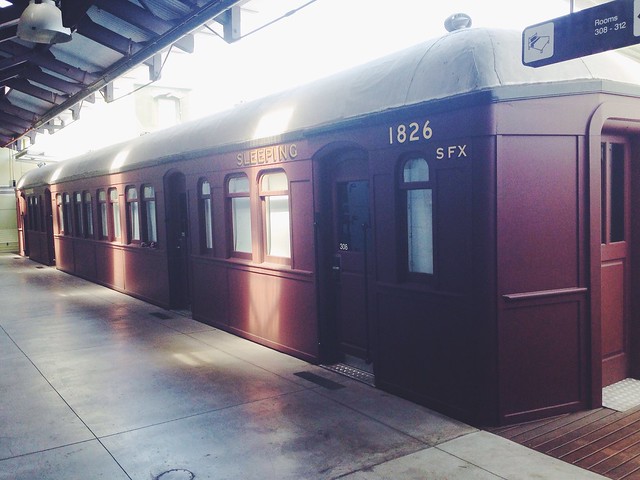 What to Eat in Australia
One of my favourite parts about travelling is trying some of the local dishes and delicacies. Next time you’re down under, why not give these dishes a try! Tracing back to their British ancestry, Australians have put their own spin on this traditional English items like meat pies and sausage rolls. Taste the fresh flavours of the sea as lobsters, prawns (shrimp), tuna, salmon and abalone are all locally sourced. Eat them little grilled or serve them as pub style fish and chips. Although it’s not commonly eaten, Kangaroo meat is also available all over Australia and served in a variety of ways. For dessert, dive into the sweet meringue-based pavlova, one of the oldest recipes down under. And if you dare, the distinct taste of vegemite on toast has become an aussie breakfast favourite.

Australia is the fourth largest exporter of wine and is known all over the world producing nearly 500 million liters of full bodied red and dry white wines from the cooler parts of the country in South Australia, New South Wales, Victoria, and Western Australia making some of the most famous wines in the Hunter Region, Margaret River and Barossa Valley.

As the Grand Egyptian Museum Plans for Opening Day, Will the People Come?

How to spend an affordable weekend in The Hamptons