Everyone has heard about Amsterdam as the crazy European destination where travellers stop to explore and indulge in the liberties of the city. But this winter, I travelled to this Dutch city and learnt this beautiful city of canals has so much more to offer its tourists than just a trip down to the Red Light District. With over one million residents, Amsterdam is The Netherland’s largest city and a creative and cultural hub. Known as the Venice of the North, there are over 1,500 bridges that cross this charming European City. Amsterdam is also one of the largest registered historic city centers in Europe with over 7,000 registered historic buildings, a collection of eight windmills in the city centre and numerous streets lined with their iconic narrow houses. 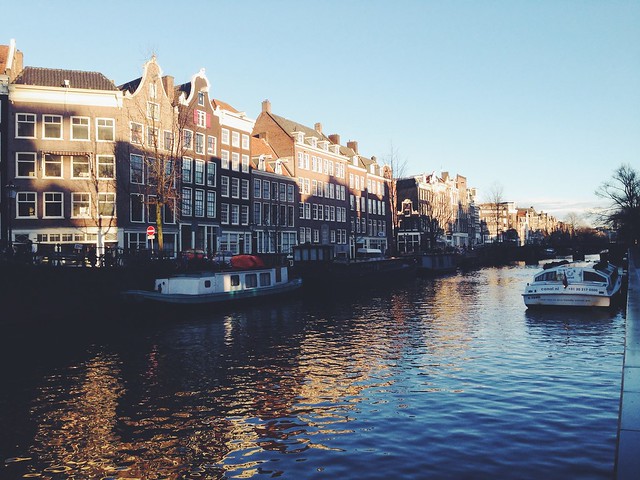 How to Get Around Amsterdam

The city is centred around the Central Station with six major concentric canal rings that surround the Old Centre of the city; the Singel, the Herengracht, the Keizersgracht, the Prinsengracht, the Lijnbaansgracht, and the Singelgracht to form the Canal Ring. With an extensive public transport system of metro, trams, buses and ferries, travelling across the city is both easy and accessible. Amsterdam is also one of the most bike-friendly cities in the world with separate bike lanes on most major streets. For great cycling routes, check out the I Am Amsterdam cycling guide and the digital bicycle route-planner for Amsterdam. But! Make sure you have a sturdy bike lock as Amsterdam has one of the highest bike theft rates in the world. Or, see the city by water and hop on a private canal cruise departing from Prins Hendrikkade, quayside Damrak and Stadhouderskade. 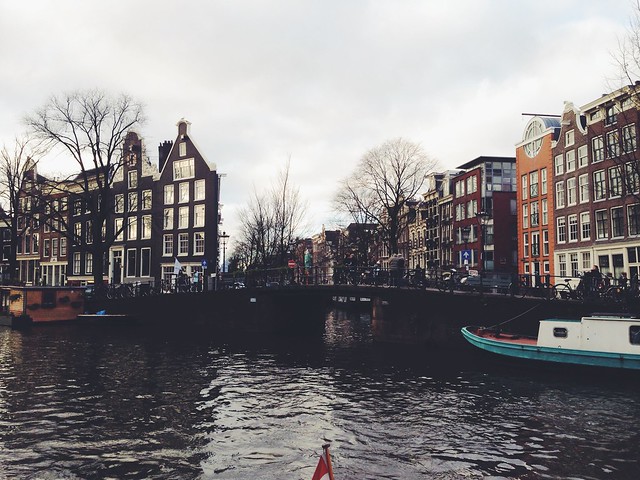 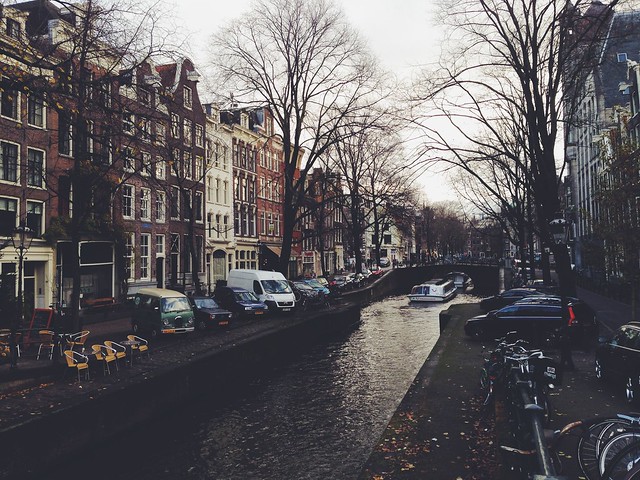 Things to Do in Amsterdam

With an astonishing collection of museums on a range of subjects, there is something to peak all interests. However crowds for these museums can get quite long during weekends and the busy tourists seasons, so make sure you reserve your tickets online. Step into the world of the Dutch Post-Impressionist painter in the Van Gogh Museum in the world’s largest collection of Van Gogh’s paintings and drawings in the world. Preserved in memoriam by her father Otto Frank, the Anna Frank House is a moving exhibition that shows documents the life and experience of the young Jewish girl who kept a very profound diary while hiding from Nazi persecution in the hidden room at the back of the building.

Get outside and wander through the gorgeous Vondelpark in the south end of the city. Take a stroll or leisurely ride your bike through the 120-acre park and visit the open-air theatre, playground or several bars for a warm glass of mulled wine. 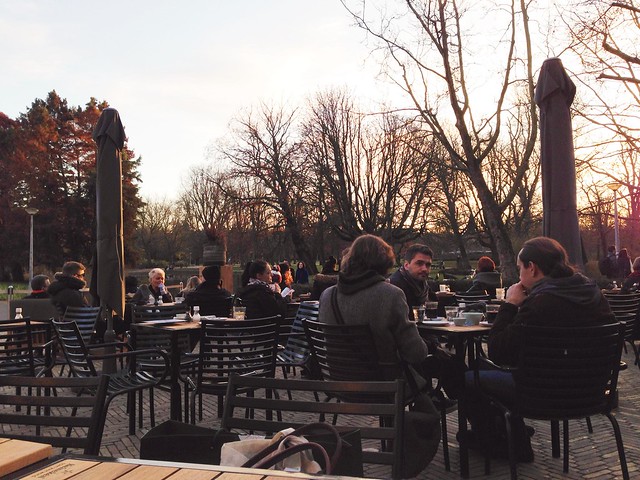 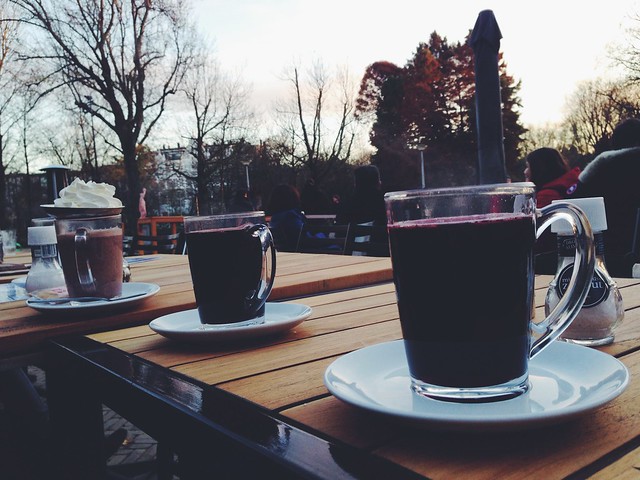 The Heineken Experience in Amsterdam

The taste of Amsterdam is located in the Heineken Experience. Established in 1864, take a tour of this historical brewery and enjoy a glass (or two) of the cool and refreshing beer they are known for. This multi-media tour will amuse beer and non-beer lovers alike with their interactive stations that take you on a journey with Heineken over the years. 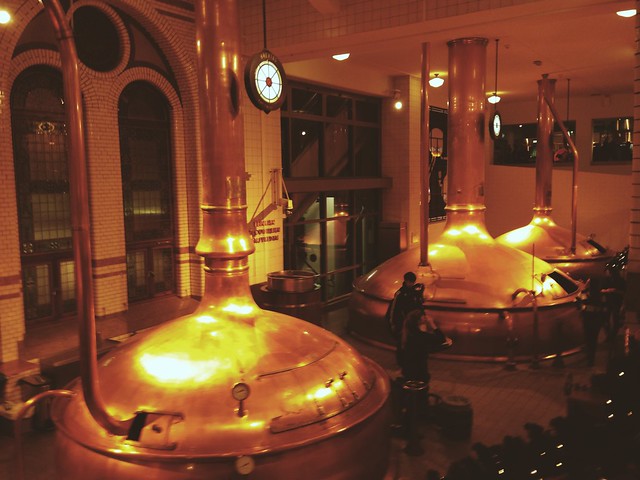 What to Snack on in Amsterdam

A trip to Amsterdam is never complete without a stop at one of the local cheese shops. They offer free samples of a variety of Dutch cheeses, both young and old, in an assortment of flavours. Swing by for a souvenir to bring home or stop by for a snack on the go!

For those with a sweet tooth, the stroopwafel (syrup waffle) should not be missed. These chewy round cookies are made from two thin waffles with deliciously sticky syrup in the middle. Available at almost every grocery and convenience store, these inexpensive cookies are the perfect snack 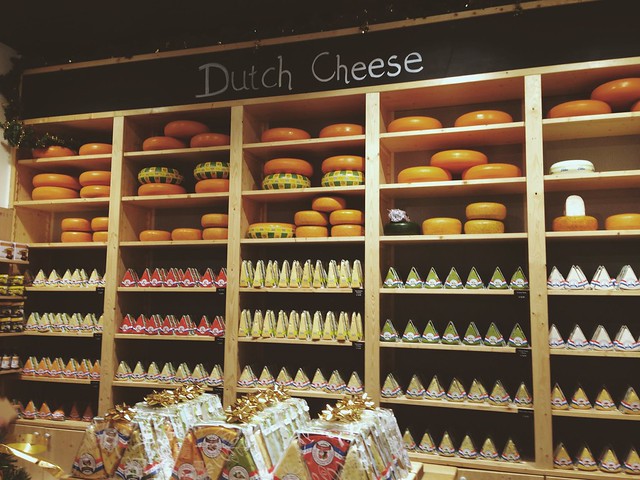 The Best Brunch in Amsterdam

Recharge with a koffie verkeerd, the Dutch version of a caffe latte or a café au lait. Translating to mean “wrong coffee” because coffee is usually be served with a dash of milk to taste instead of half and half. This coffee is traditionally served with warm milk or an espresso with a lot of steamed milk and froth. Enjoy it with a delicious breakfast at Drovers Dog. 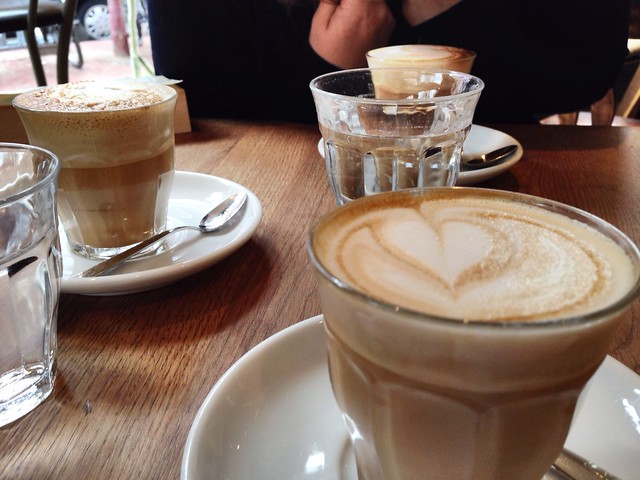 As the Grand Egyptian Museum Plans for Opening Day, Will the People Come?